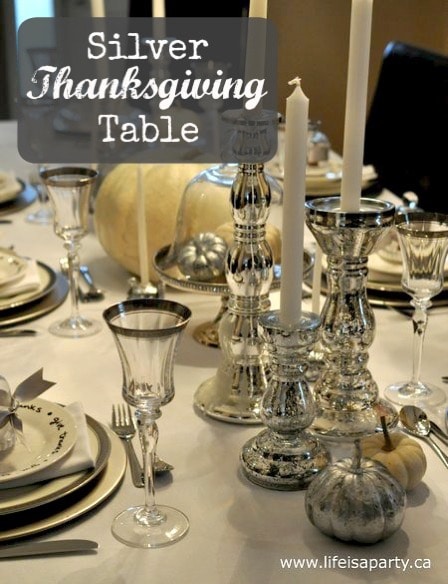 This year I decided to do a silver Thanksgiving table -something a little different. (See last years more traditional colours here.) I was inspired by these cute little silver turkey candle holders, bought several years ago on sale after Thanksgiving at HomeSense -gotta love a clearance sale. 😉 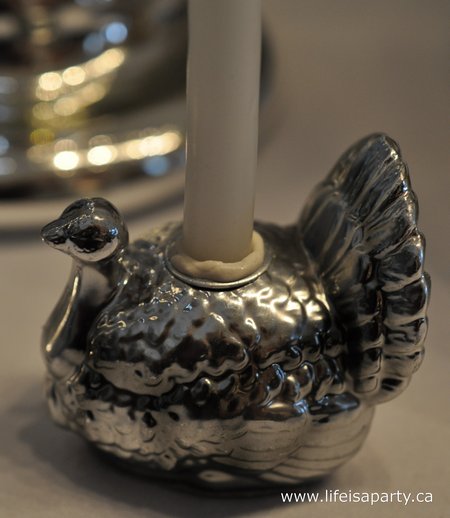 I already had some white pumpkins I used for a fall tablescape a few weeks ago, here. I decided to add in some silver pumpkins. 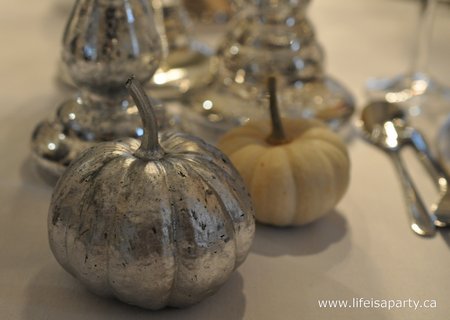 I made a few mercury glass inspired pumpkins last week, see how easy they were to make here. 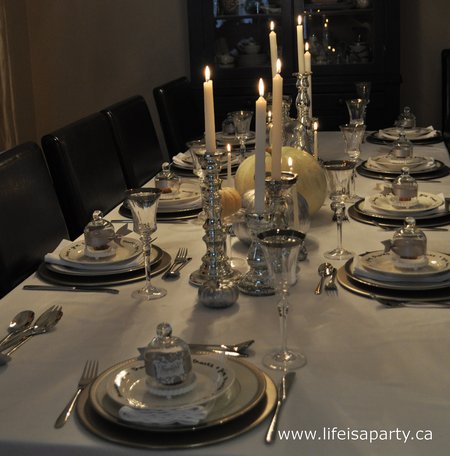 I used lots of silver and mercury glass candle holders and white candles. I also used this pretty silver cake stand at one end, and a white glass pedestal for one little pumpkin at the other end. 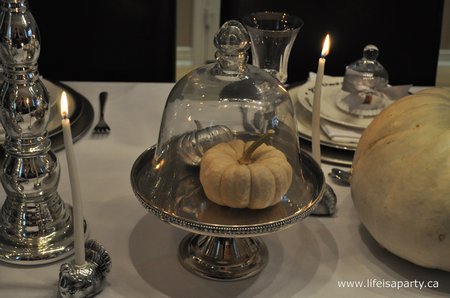 I got out my “good dishes”, which I so rarely use for big family dinners since they can’t go in the dishwasher. They were layered on a simple silver charger. 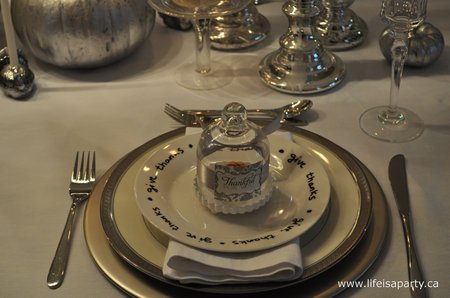 I made these sweet “give thanks” plates to layer on top. They were inspired by some I saw at Crate and Barrel, see the tutorial on how to make them here.

Each place had a special treat, a home made pumpkin chocolate truffle, see how I made them and get the recipe here. I put them in my favourite little individual domed holders. 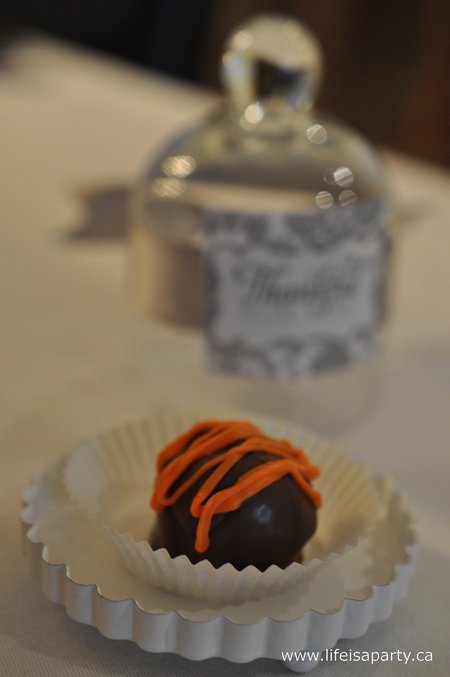 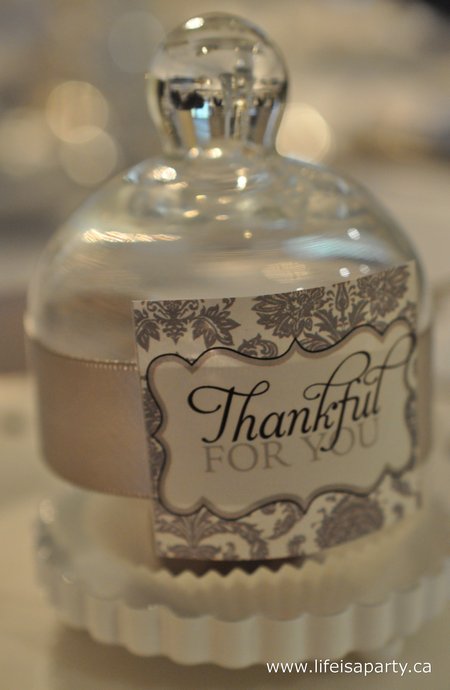 The table was really quite simple, and easy to do ahead, since there were no fresh flowers on the table. My sister did surprise me and bring me this beautiful white arrangement which was on the side board -thanks Heather! 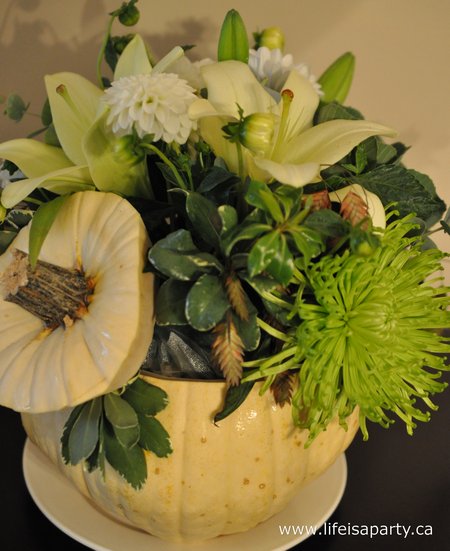 I often use the silver glasses, chargers and candle holders at Christmas, and it was fun to try something new with a silver theme for Thanksgiving. 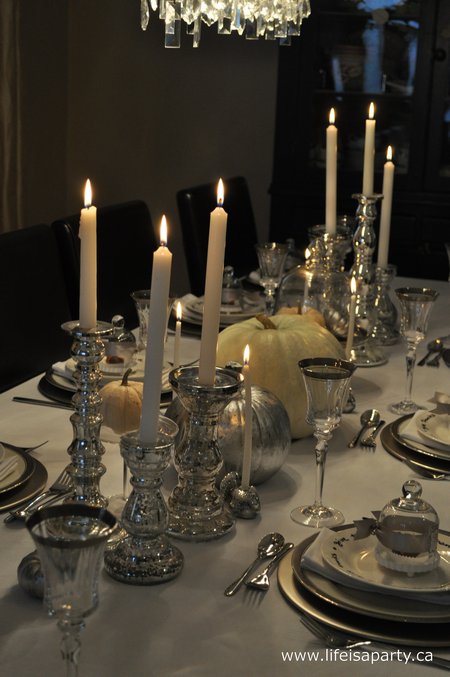 I really liked all the sparkle, balanced with the simplicity of all the white and rustic presence of the pumpkins. Hope life’s a party with a little sparkle for you today!

This post is linked up at Savvy Southern Style, 36th Avenue, French Country Cottage, Craftberry Bush, Tidy Mom , Tatertots and Jello, Between Naps on the Porch, The Idea Room, and Whipperberry.