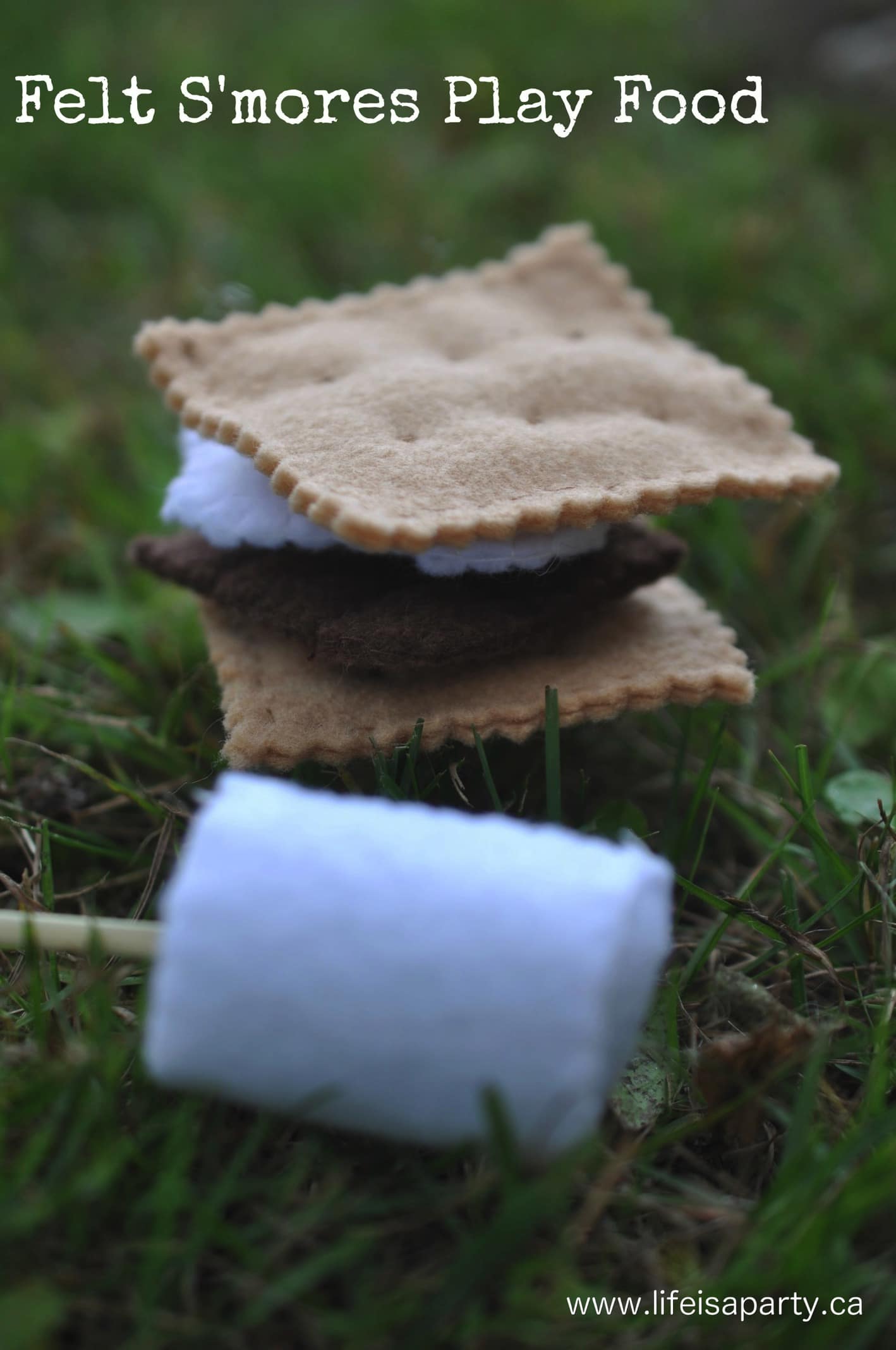 We had the pleasure of being at the lake last week, and I worked on a few fun posts that I can’t wait to share.  One of the things I made were these sweet felt s’mores for my girls and their friends to play with.  I haven’t made any felt food for a while, and was starting to feel like my girls were getting too big for it…sniff, sniff -they’re really growing up.  But, having some uninterrupted play time over the summer, without the stress of homework and the busyness of the school year, I’ve seen a return to some fun dramatic play, and thought they’d have a lot of fun with these, since -as you may be able to tell, they LOVE s’mores. 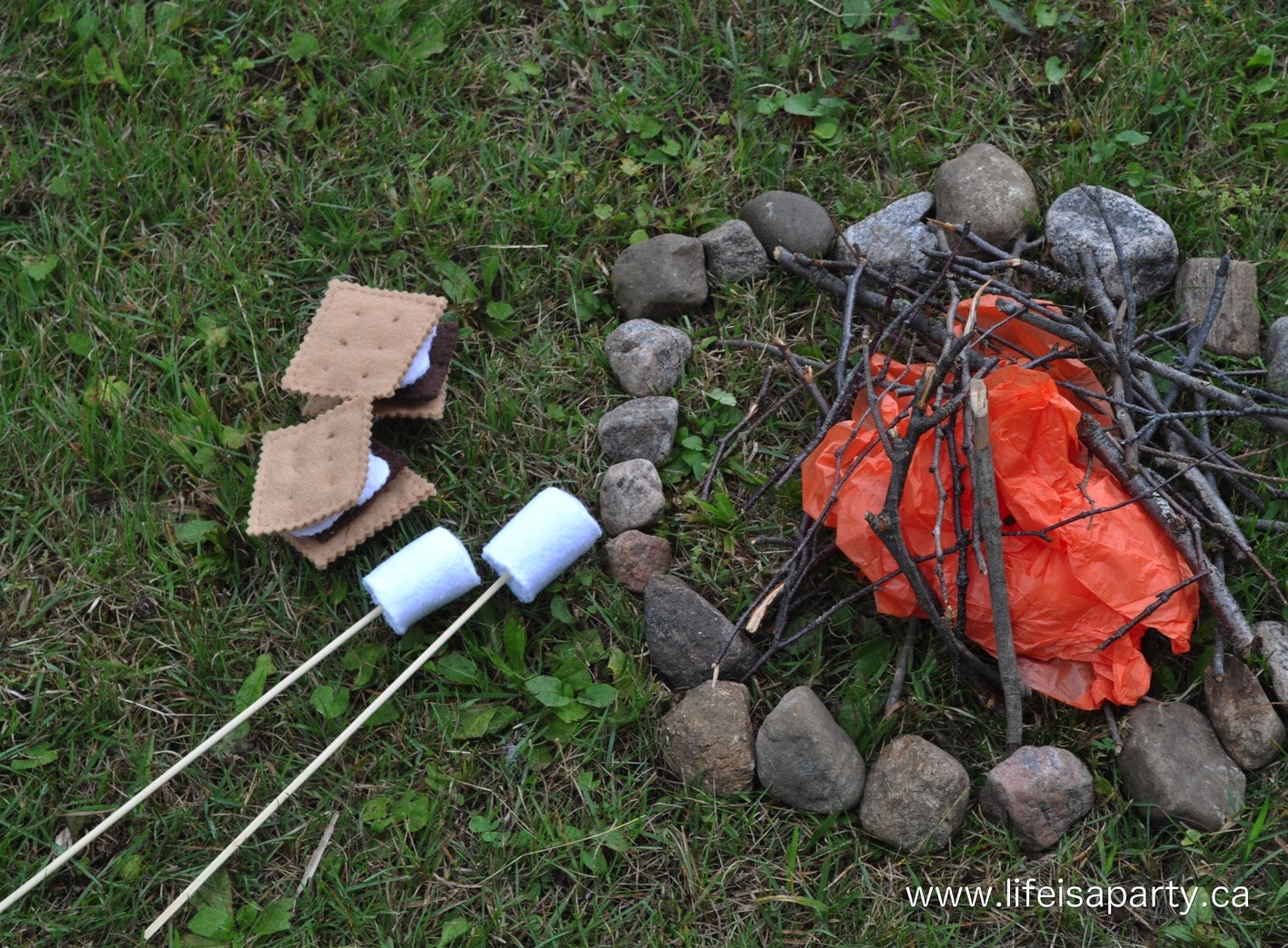 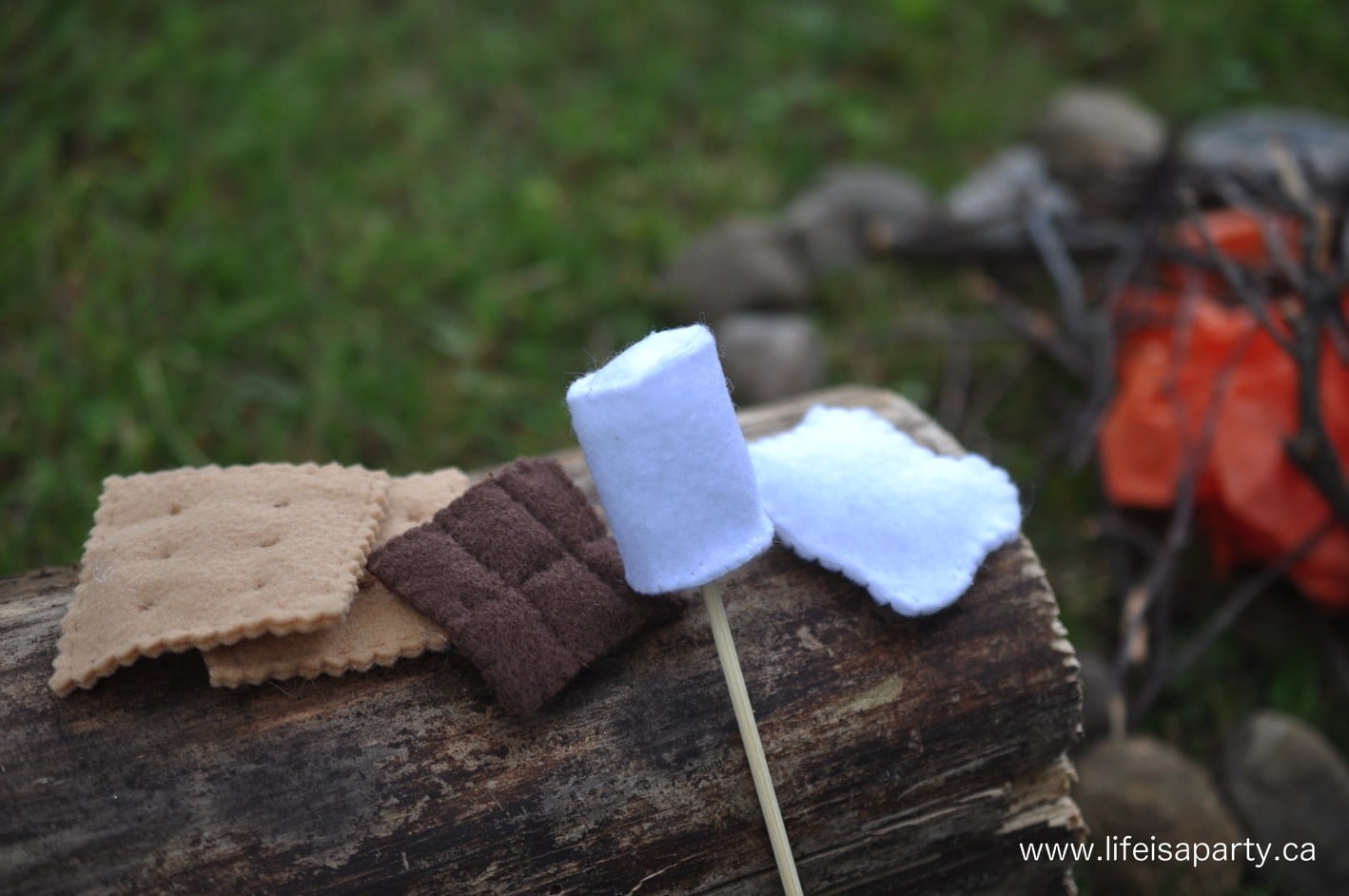 To Make the Graham Crackers:

To make the Chocolate Bar:

To create the Melted Marshmallow:

To create the Marshmallow on a Stick: 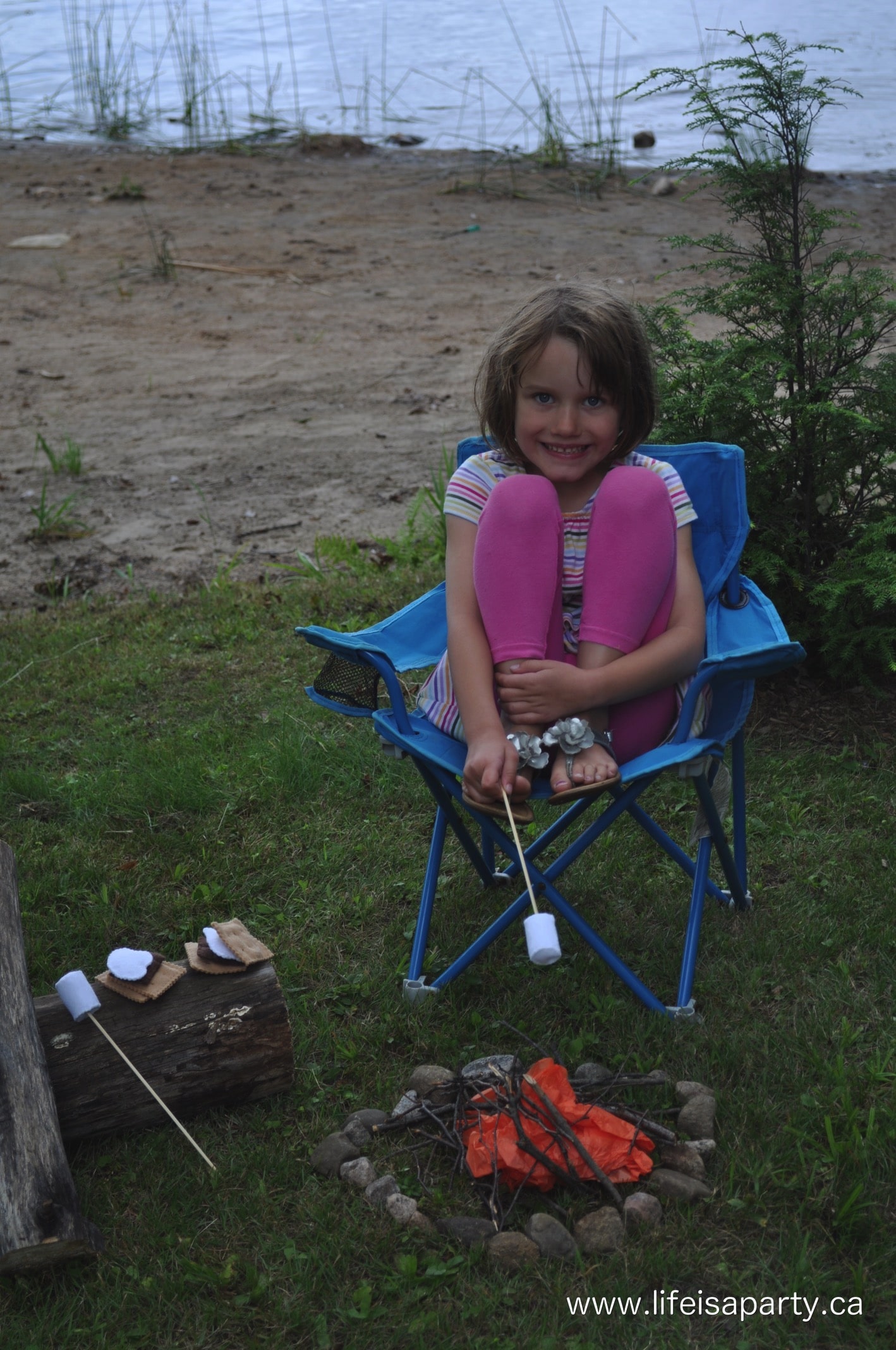 We set up a little faux campfire to play with ours, which would work really well indoors too. 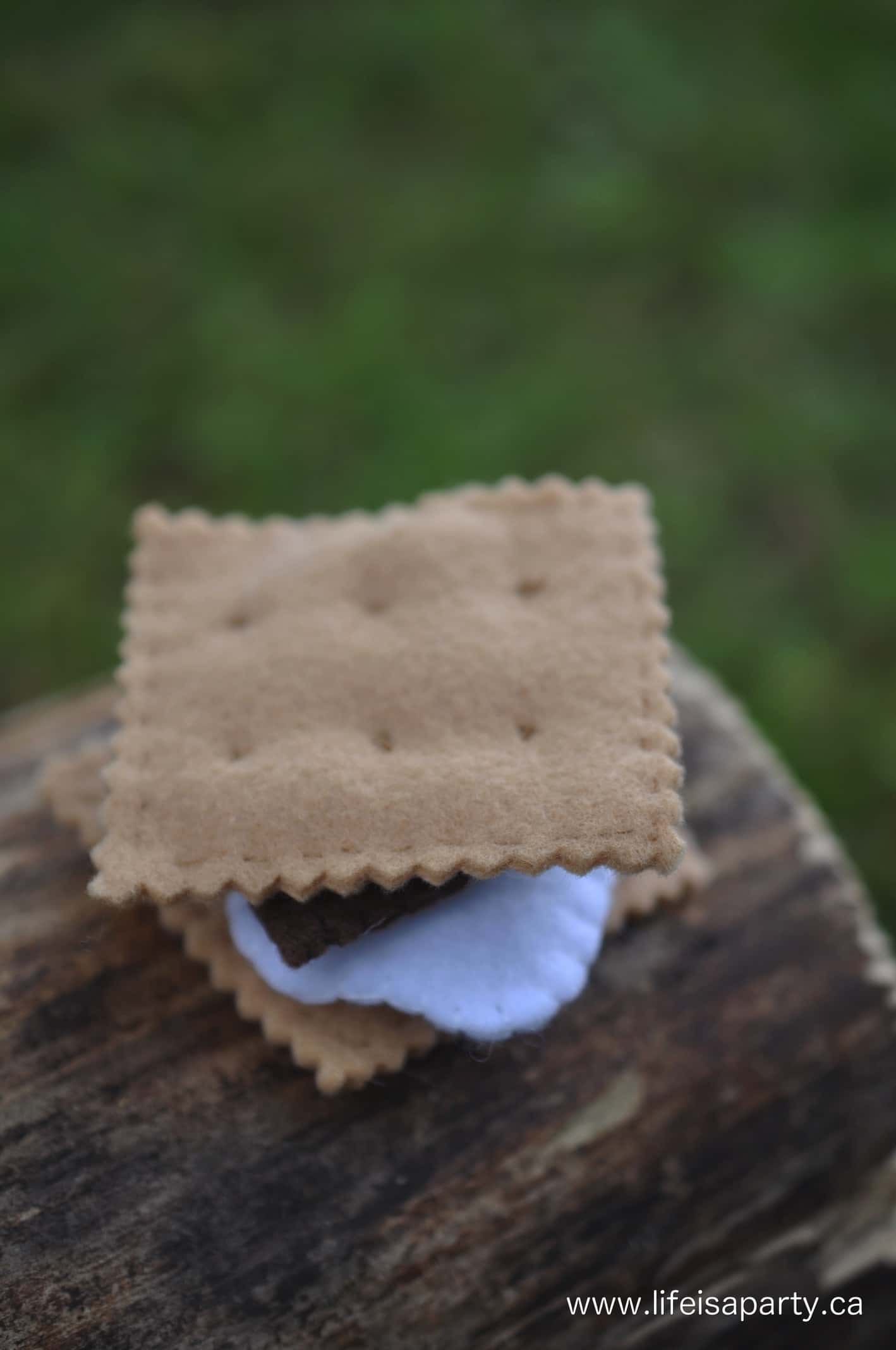 The only problem with this fun little toy set is…it might make you hungry.

This post is linked up at The Weekend Retreat Link Party, Link Party Palooza, Best DIY Projects and Recipes Party, and The Inspiration Gallery Link Party.