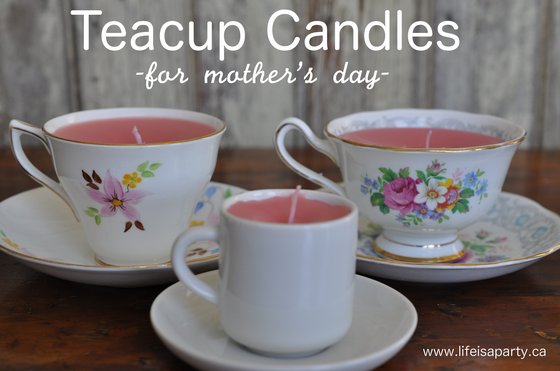 I’ve been wanting to make some Teacup Candles for a while now, and thought Mother’s Day was the perfect occasion. Hope you like this little homemade Mother’s Day gift idea. 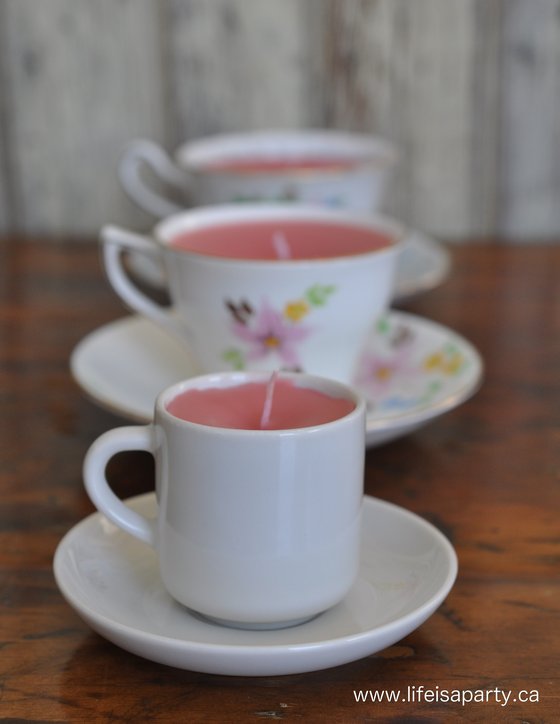 I started out with some thrift store teacups (5$ each, but half price day) and candles from the dollar store($1.25 for five). 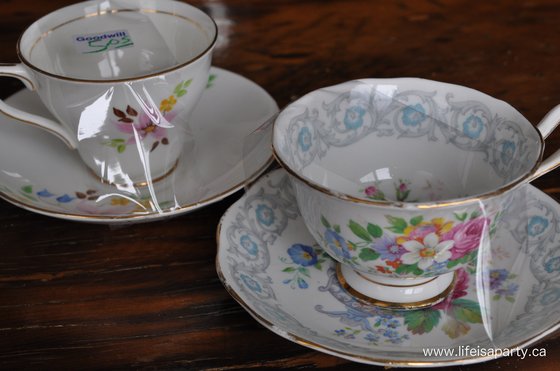 I found it was the cheapest way to make them, to just melt down some inexpensive candles, and use the wick from them for my new candles. I used a tin can to hold my wax, and made a double boiler, by putting it in a pan of boiling water. I had some old beeswax sheets so I threw them in as well, which gave the wax a beautiful smell. The beeswax was kind of yellowish, so I decided to throw in a couple pink crayons to colour the wax -old Girl Guide trick that came in handy. 😉 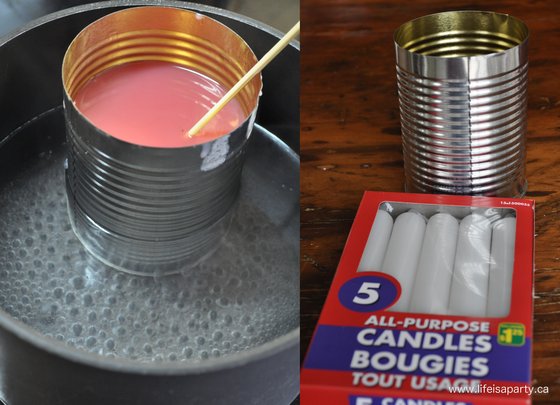 After the wax was all melted, I fished out the wicks and secured them in the teacups with popsicle sticks. Then, just pour the wax in, slowly. I think I poured mine in a little fast because once they started to dry one of them sunk a little, in the middle. I just re-melted the wax and re-did one. 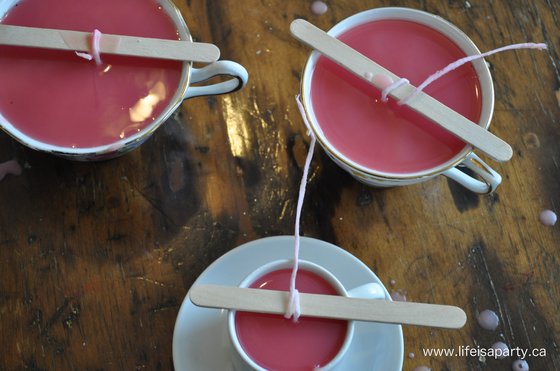 Once they harden, trim the wicks and you’re in business! 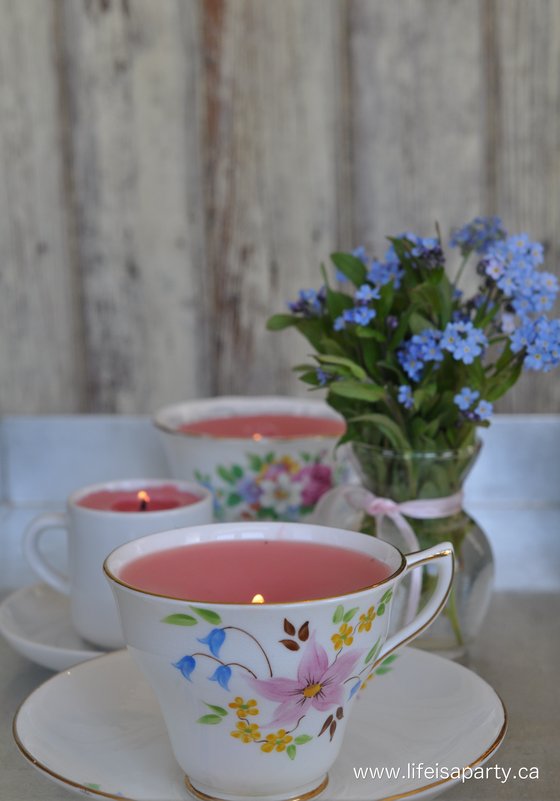 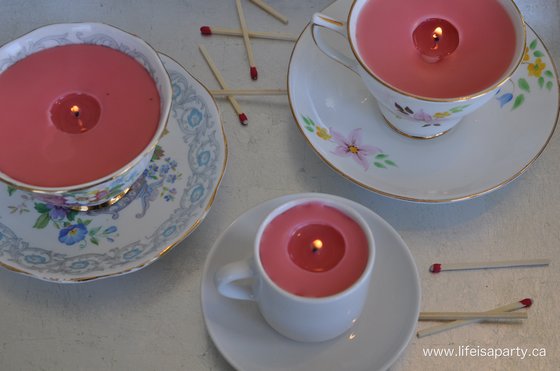 With sweet little teacup candles like this, life is a party! Happy Mother’s Day. 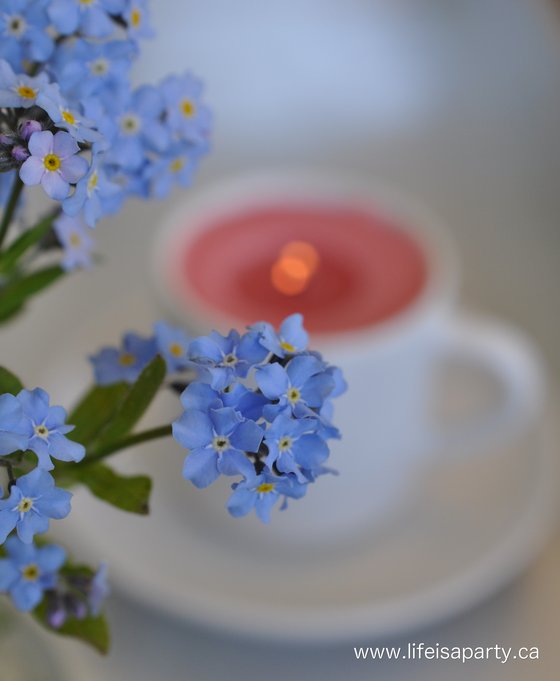 This post is linked up at Tatertots and Jello, Whipperberry, Craftberry Bush, and Twigg Studios.

Here’s another great teacup idea you might like to try; A Teacup Fairy Garden!  Get all the instructions by clicking here. 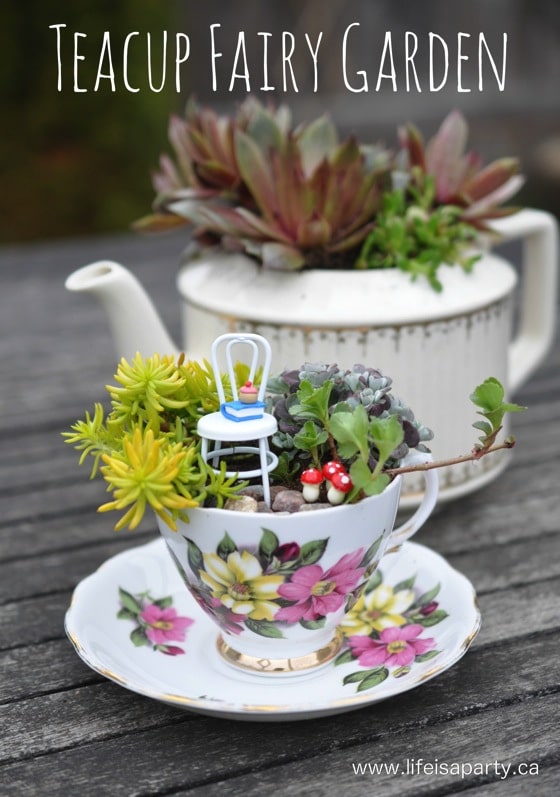